Most people assume that an organization with a benevolent sounding name must be engaged in positive, humanitarian activities. In the case of The Humane Society of the United States, this is an incorrect assumption.

Why should you support TPOU instead of the HSUS? Here’s why . . .

The HSUS is not affiliated with the local humane societies across America, although it causes donors to think so to solicit $ millions in donations.

The HSUS also opposes private ownership of primates. We have been surprised, and even shocked at the ways they have approached local legislatures and misrepresented the truth about primate ownership. learn more >

A special thanks to our friends at HumaneWatch.org for providing the following investigative research.

10 Things You Should Know About HSUS

If you’re visiting this site for the first time this information may be new to you. Here’s a list of things you should know about the so-called “Humane Society” of the United States. It’s a story of financial malfeasance and misrepresentation. So, do your own research, but we feel you will be much more interested in helping to support TPOU. Here we go:

1. HSUS raises millions of dollars from American animal lovers through manipulative advertising. An analysis of HSUS’s TV fundraising determined that more than 85% of the animals shown were cats and dogs. However, HSUS doesn’t run a single pet shelter and only gives 1 percent of the money it raises to pet shelters while sucking money out of local communities.

2. HSUS’s own donors and local shelters feel wronged. A poll of self-identified HSUS donors found 80 percent thought HSUS “misleads people” about their connections to pet shelters and 75 percent were less likely to support the group when they found out the truth. And according to a poll of animal shelters most agree that “HSUS misleads people into thinking it is associated with local animal shelters.”

4. While it raises money with pictures of cats and dogs, HSUS has an anti-meat vegan agenda. Speaking to an animal rights conference in 2006, HSUS’s then-vice president for farm animal issues stated that HSUS’s goal is to “get rid of the entire industry” and that “we don’t want any of these animals to be raised and killed.”

5. HSUS executives have been accused of sexual harassment. In Feb. 2018, HSUS CEO Wayne Pacelle resigned after credible accusations that he had sexually preyed on staff members. His deputy, vice president Paul Shapiro, resigned the previous month after also being accused of sexual harassment. HSUS board member Erika Brunson shockingly blew off the allegations against Pacelle, telling the Washington Post, “We didn’t hire him to be a choir boy.”

6. In May 2014, HSUS was part of a $15.75 million settlement of a federal racketeering lawsuit. Feld Entertainment sued HSUS, two of its in-house lawyers, and others under the Racketeer Influenced and Corrupt Organizations (RICO) Act for bribery, obstruction of justice, fraud, and other torts. Court documents indicate that HSUS sent several checks as part of an alleged witness-payment scheme.

7. HSUS’s senior management includes others who have voiced support for terroristic acts. HSUS chief policy officer Mike Markarian has written, “A perfect example of effective rebellion is an Animal Liberation Front raid on a laboratory.” HSUS food policy director Matt Prescott, meanwhile, has written, “I also believe in the actions of the ALF and other such groups.” (Prescott is a former PETA activist.) HSUS president Wayne Pacelle hired John “J.P.” Goodwin in 1997, the same year Goodwin described himself as “spokesperson for the ALF” while he fielded media calls in the wake of an ALF arson attack at a California meat processing plant. In 1997, when asked by reporters for a reaction to an ALF arson fire at a farmer’s feed co-op in Utah (which nearly killed a family sleeping on the premises), Goodwin replied, “We’re ecstatic.”

9. HSUS’s CEO endorsed convicted dogfighting kingpin Michael Vick getting another pet. After Vick got out of prison, HSUS CEO Wayne Pacelle told the press that he thought Vick “would do a good job as a pet owner.” This startling comment came after Vick’s new employer, the Philadelphia Eagle, made a $50,000 “grant” to HSUS.

10. Given the massive size of its budget, HSUS does relatively little hands-on care for animals. While HSUS claims it “saves” more animals than any other animal protection group in the US, much of the “care” HSUS provides is in the form of spay-neuter assistance. In fact, local groups that operate on considerably slimmer budgets, such as the Houston SPCA, provide direct care to more animals than HSUS does.

What Can You Do? 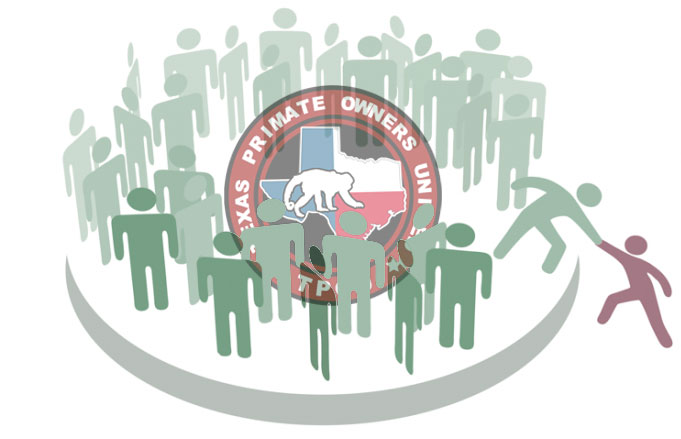